What do we have to expect in Armenia?

Frankly, it was more or less just a transit country for us to get to the Iran. But soon we figured out we could easily stay in Armenia for three weeks. Not because the driving in this mountain country is so much fun (mountains = curves = fun) also because people are incredibly friendly and there are so many places to visit. We know that since we met Wolfgang at Dreamriders garage who is in Armenia for 2 weeks and recommended tons of places to visit and a place to stay close to Yerewan. A camp spot in Goght, founded by a wonderful Dutch couple 4 years ago. As we were eager to visit most of the recommended spots we only stayed one night and headed to lake Sevan. Some churches from 1st to 4th century on the way made us stop a couple of times before we finally stopped at a beautiful spot at the lake. 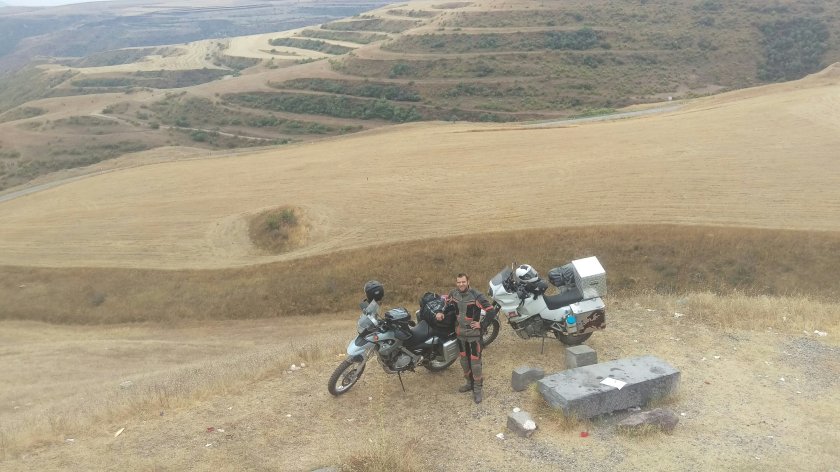 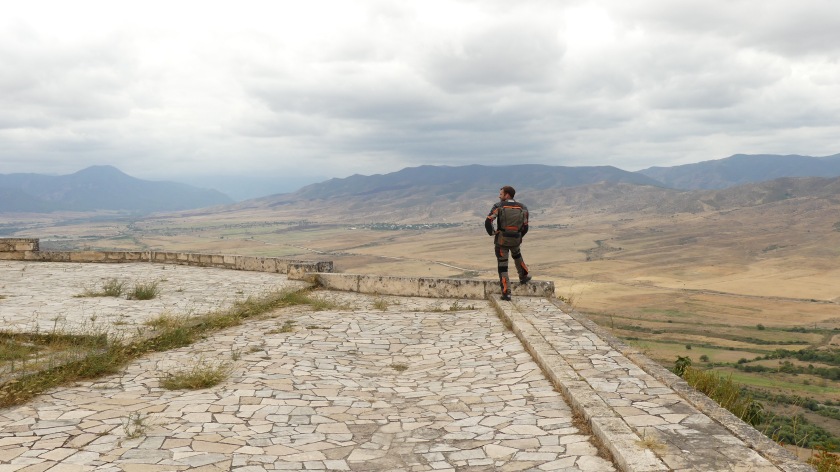 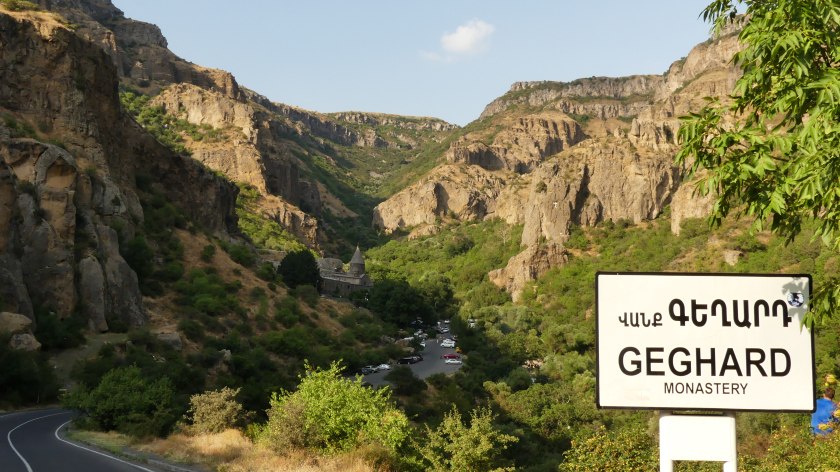 Actually we just wanted to snack our watermelon, but the sun, the lake, the 170 km we covered that day made us set up our tent to stay overnight. 10 degrees that night surprised us a bit, but we were ready for the border crossing. Already Iran? No, we approached the border of the Republic of Bergkarabach or Artsakh, which claims to be independent. Mostly Armenians live here and the region is functioning as a part of Armenia. Azerbaijan still does not accept the fact and the conflict is still ongoing. The regions close to the border show the leftovers of the military actions of the younger past. Aware of the history, we enjoyed the beautiful roads uphill, downhill, alongside a riverbank and the first gravel road since we geared our bikes with our off-road tires. Good choice. We walked into the Art Cafe in Stepanakert, the capital of Bergkarabach, to grab some food and luckily they also offered rooms for a fair rate. Great Armenian food and some preparations for the the next border crossing into Iran kept us busy that evening. The uncertainty, if we can enter the Iran was caused by a released message from ADAC earlier last week, that motorbikes of American brand and over 250cc are not allowed to be brought into the country anymore. Let’s give it a shot! The 260km down to the Iranian border took us longer than we expected but rewarded us with the most beautiful ride of the trip so far. Maybe you get a picture of it.

The last Dram (currency Armenia) were spend for gas and Kinder Bueno (haven’t had that since we started in May). We gave the wine we got from Koba in Georgia to the guys at the gas station (Sorry for that Koba) and put the book „Couchsurfing in Iran“ in the trash bin (sorry Stephan Orth, the book is really helpful) as it could cause trouble when entering Iran and then we were ready to go. Checking out from Armenia wasn’t a big deal, but entering Iran an adventure.