Waking up the next morning in Mansuleh we found out we slept on the walkway of the cows who belong to an old lady and we would have to leave this place soon so the cows could travel trough… We rushed our stuff together to head further east. All our gear and bikes where heavily dirty from the rough trip through the clouds the evening before.

We left the place and had breakfast together with Beate and Pawel. So nice they had coffee and a stow to heat up water since our is gone. Enjoying a good meal and nice talking we decided to change our plan from going to the Caspian Sea – instead we joined the couple to go to the mountains and for some off-road driving. Gooood choice!

We were trying to reach a castle in the mountains via side roads and enjoyed nice off road riding and on paved roads. A lake appeared and we decided to stay all together another night at lake Zanian instead and head to the castle the next day. 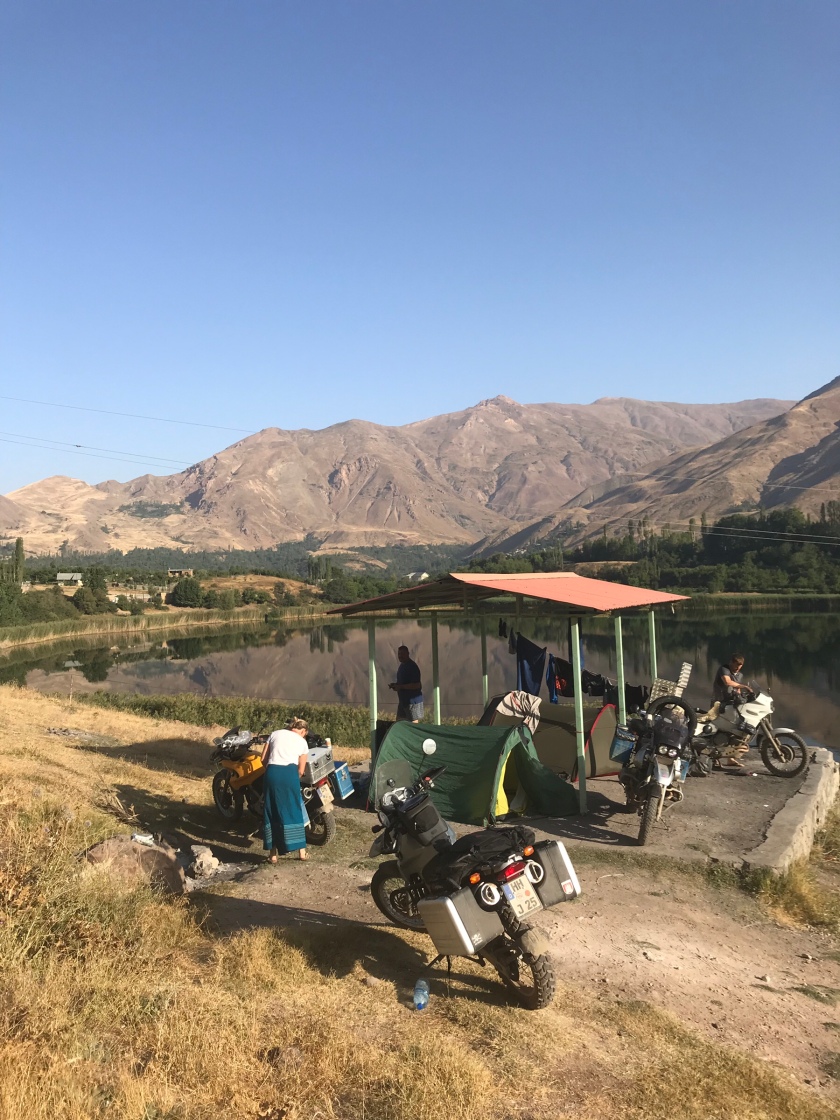 Refreshed from a dip – actually something special in Iran as usually swimming is forbidden in still waters – into the water we took off to go to the castle via tiny roads which didn’t appear on google maps or navigation but Pawel had marked the way on his map. What an adventure. No road really, just gravel and sand, big stones in the way and deep valley ahead. It was a challenge but definitely worth it. So much fun. However we didn’t make it to the castle in the end as the roads just got more rough with some deep mud pudels. We kept driving until reaching normal roads again but now it would be have been a big detour to see the castle… we could see it far away on top of a mountain.

Everybody was happy anyways!

The ride was a bit tiring and so we decided to have lunch/dinner and look for a good sleep in a hotel. Typical kebab and rice, yogurt and some greens.

We stayed for the night in Quezvin. As we have had so many laughs and fun on the road, again all 4 of us decided to keep going together and were off to see the Namak lake to set up our tent and stay for the night. The driving was pretty much straight forward until we reached the road leading to the lake… at least we thought we did, what followed was meeting the Iranian special police and is worth a story for itself. To be continued. 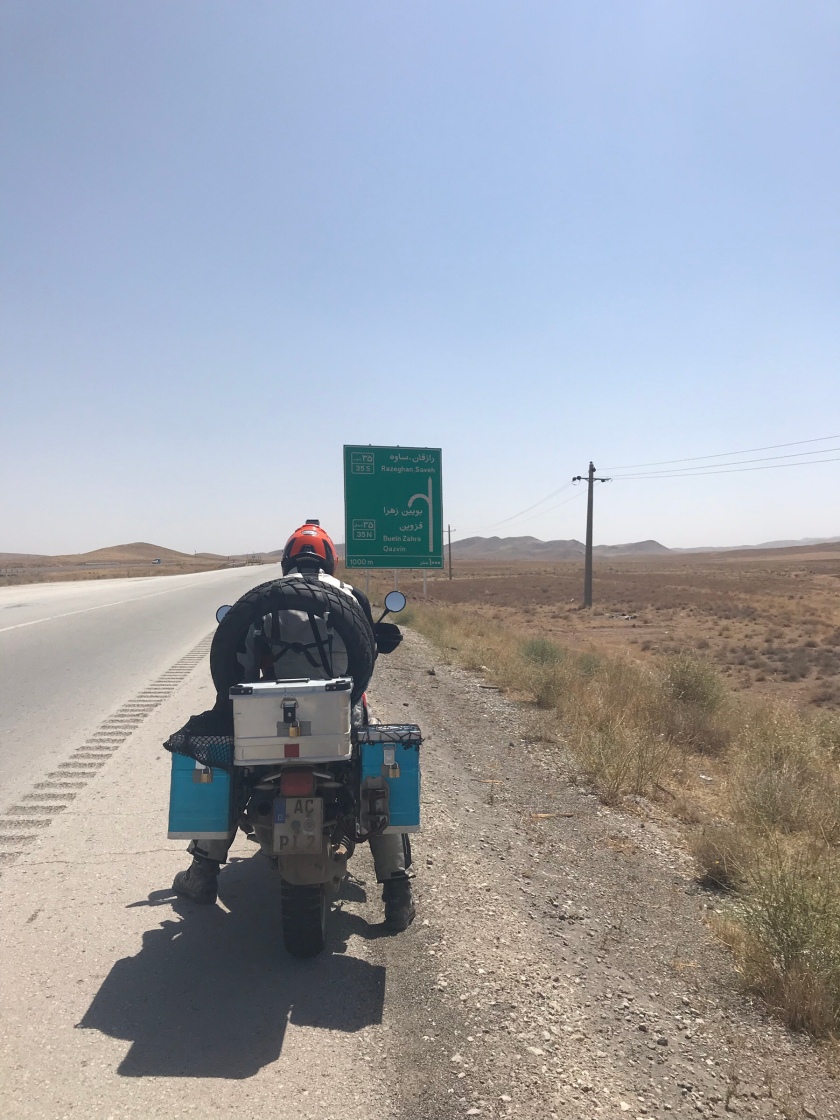