We started early in Quom just as we wanted to leave and as we knew we had to cover some distance. Driving out of the city and on to the highway direction South. Another advantage of starting early – it won’t be so hot so quickly. So we drove, the landscape got more deserted and dry, the heat increased. It was just straight forward, only thing kept us entertained were the many old Mercedes trucks in colourful appearance and the crazy driving, honking and thumbs up from the Iranians passing by or standing at the side of the road. 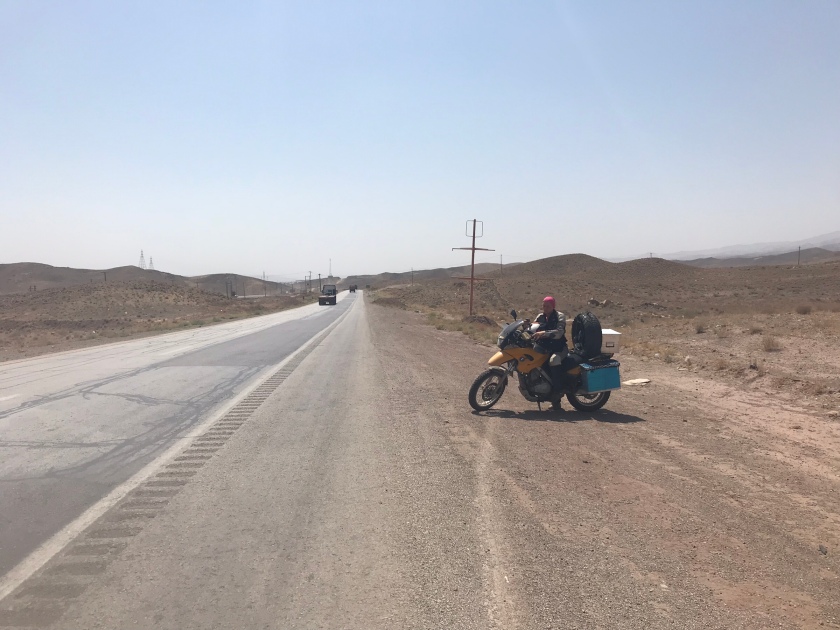 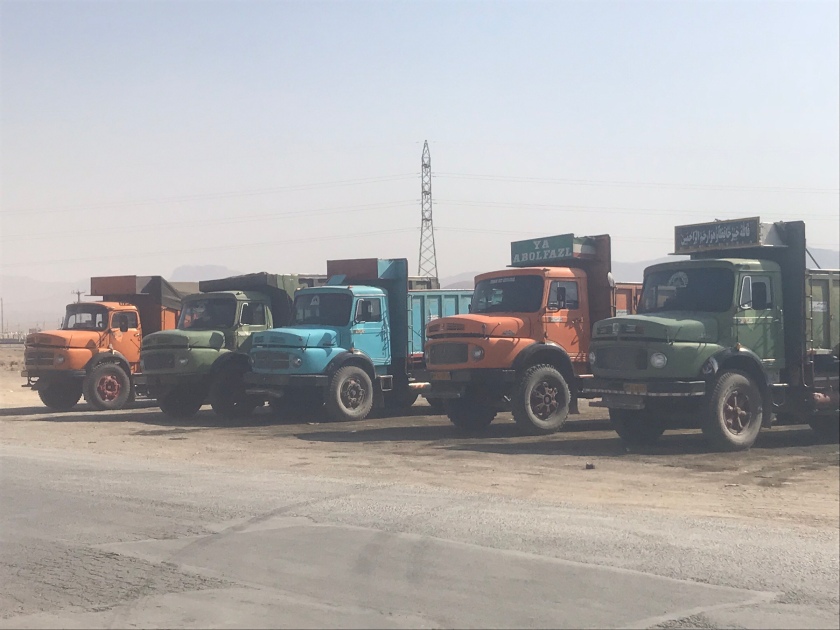 We were heading to a lake to relax outside and enjoy nature after our hotel night due to given – police – circumstances from the day before.

Our lunch break in the outskirts of Isfahan surprised us with excellent tasty kebab, fresh bread and for the first time in Iran real coffee.

We finalised the plan pinpointing a lake around Zayanderud dam. It is a holiday location for the city people of Isfahan and we were told that overnight camping is not possible in this protected and secured area… what a bummer. After our experience with these areas from the day before we weren’t 100% confident for the wild camping however drove around to find a spot and chatted with a few people and finally a younger guy assured us there are nice spots a bit up North at he lake. As he couldn’t explain the directions he told us to follow him, he will show us the spot. So glad we did… it was an incredible spot to set up camp!

The young guy even returned 2 hours later to check if everything was fine and we are good. What an effort and again showed the caring Iranian nature. 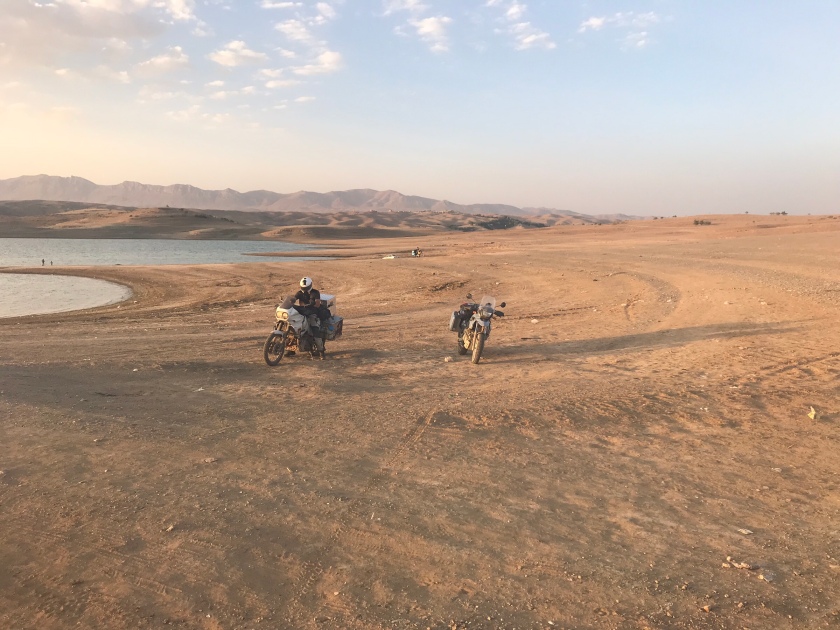 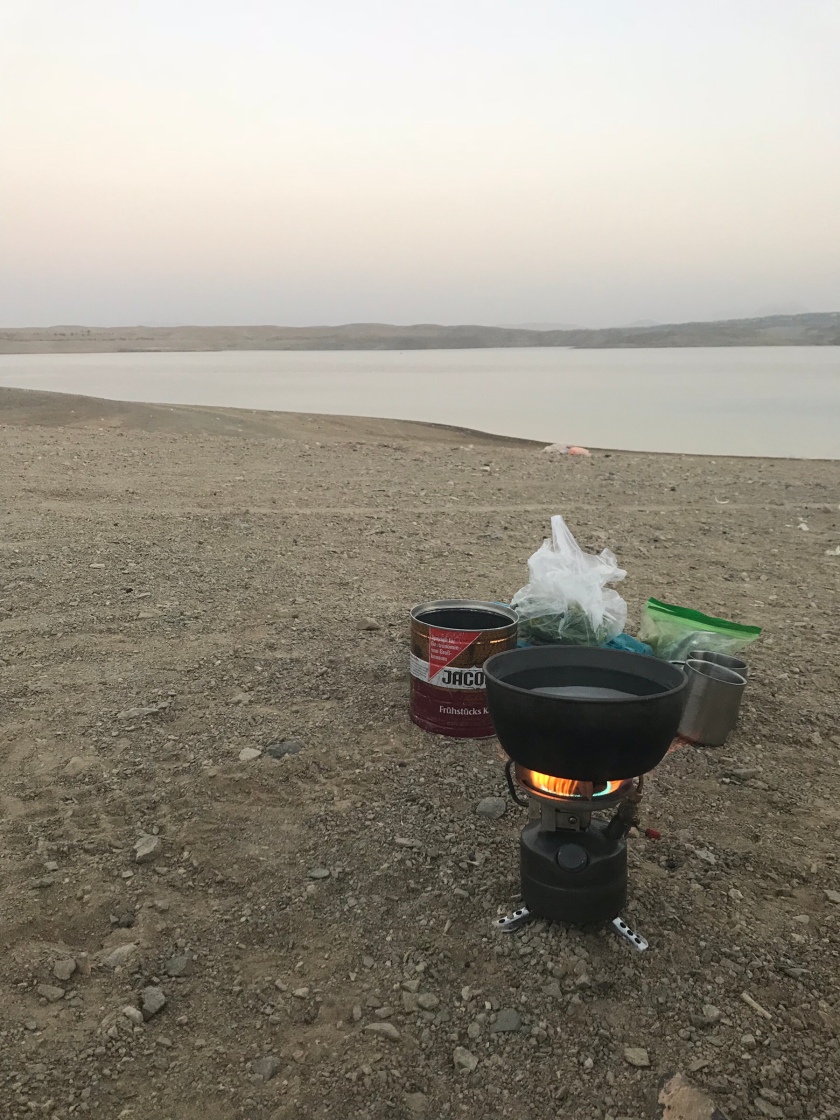 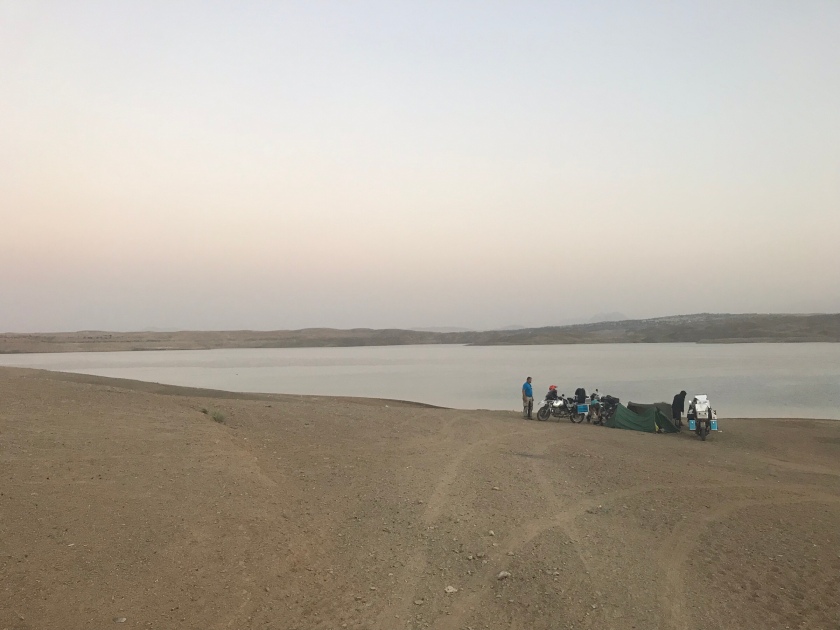 We enjoyed a good night of sleep, had a good breakfast with scrambled eggs, coffee, lavash and salad. Good start for the next stop down south. Again we were prepared to just cover distance and figured to go again to find a nice location for camping at a river between the mountains hoping for some water to get a dip and refresh. 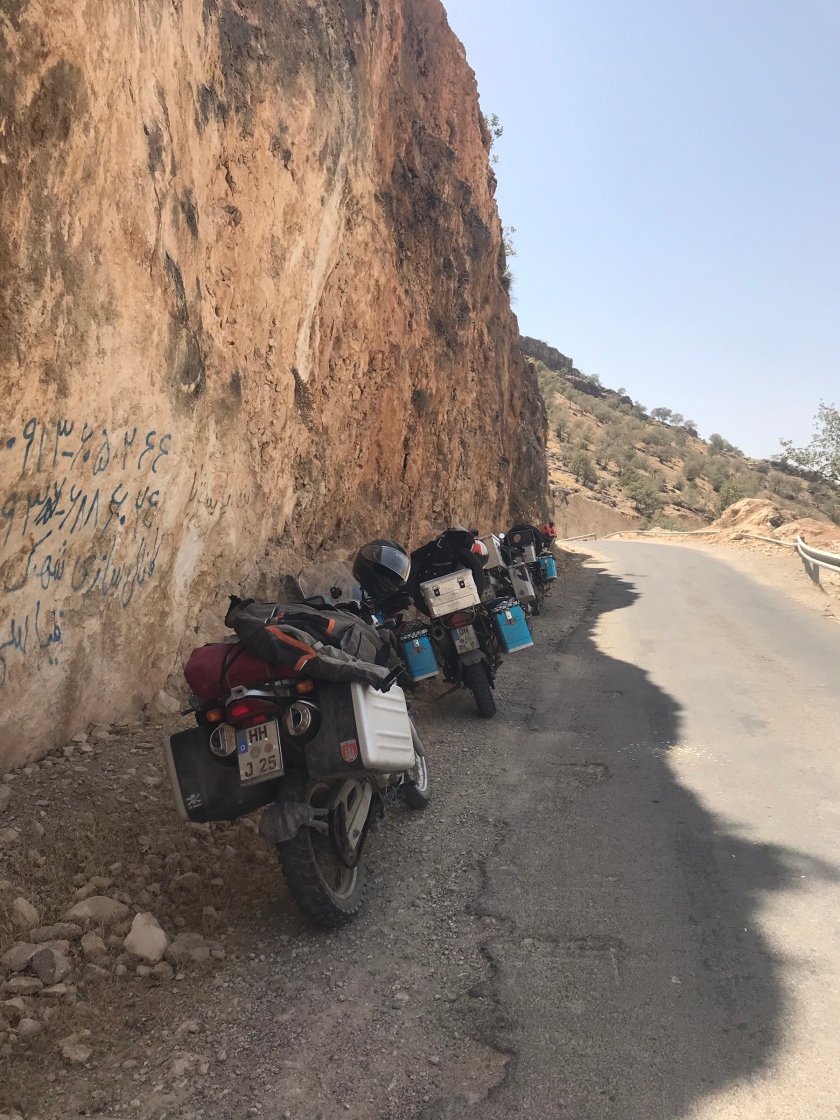 Some smaller mountains finally appeared after all this paved straight highways and we arrived late afternoon around city of Fars. A smaller typical highway city:

We passed through to check the river bank and saw a few people at the river. As we didn’t eat yet and this smaller village didn’t have a shop or restaurant we went back to 20 minute again Fars city and had a very tasty dinner again, typically served on the ground. 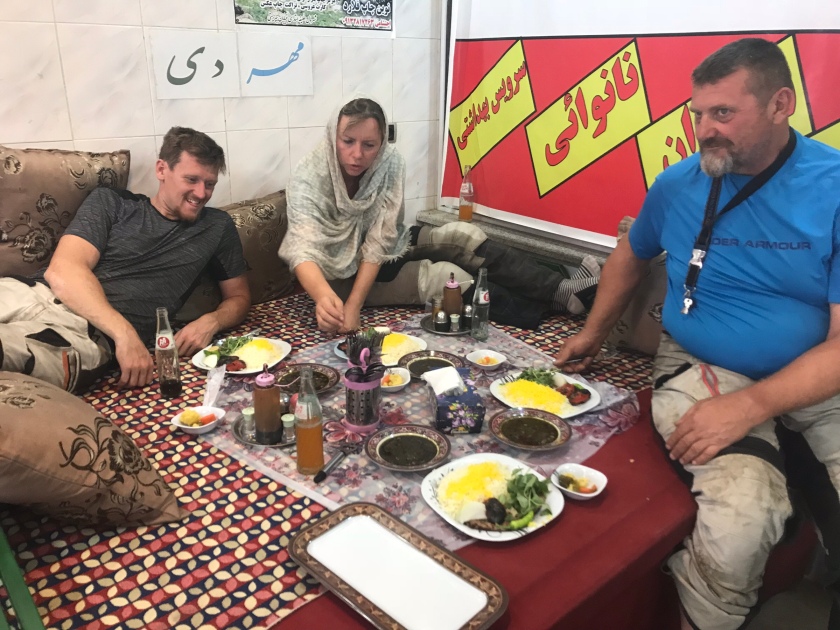 Getting back to the river for spotting for a place to put up camp a car pulled up next to us and the usual chatting started. As we were talking one guy advised us to head up the river for a much nicer place to camp. We followed his advise and found again a fantastic quite option with the possibility to go for a swim. Only downside – mosquitos. Didn’t matter as some very kind and funny fisherman showed up, gave us some chai and lit up a bonfire. Nice atmosphere! 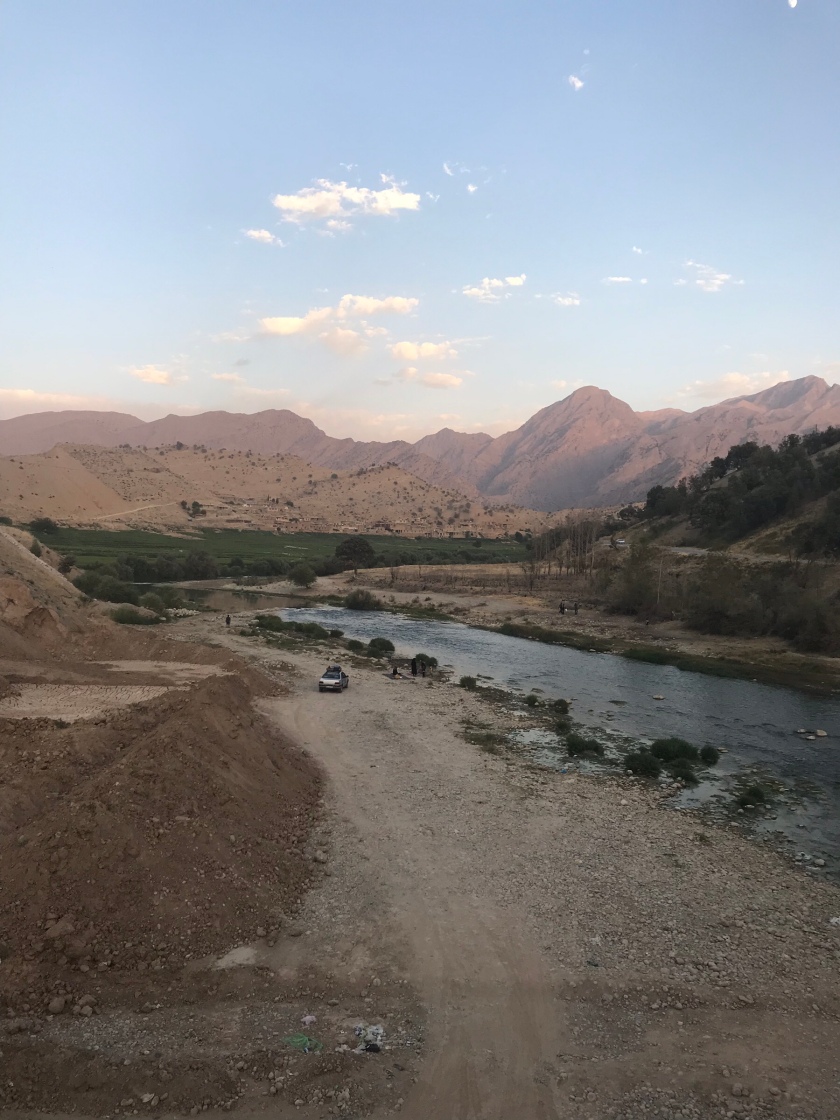 The next day it was time to say good bye to Beate and Pawel….