Having left Rijeka we were both on our own ways. I was heading direction Italy and Daniel went further East.

My next destination was Arco close to Lago di Garda. To get there I had to pass through Slovenia and was surprised that cars had to cue for a couple of hours due to the border not being open and passport checks had to be done. Good thing with the motorbike I passed all the cars and was up front at the border quickly ready to keep going.

2 days of driving in the mountains ahead of me, visiting long known friends, having tasty pasta, the best homemade Steinpilzen-Risotto and a few good drinks. Italy is always worth a visit! The weather was still at its best and I was able to fully enjoy the many beautiful lakes, parks, huts and tiny roads in little villages and of course catching up with Alessio and his friends to hang out in Arco. 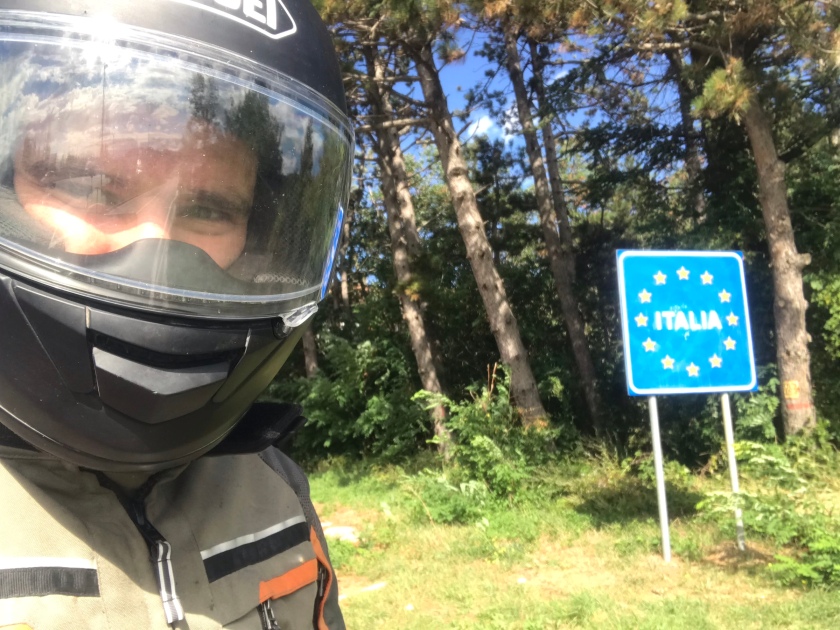 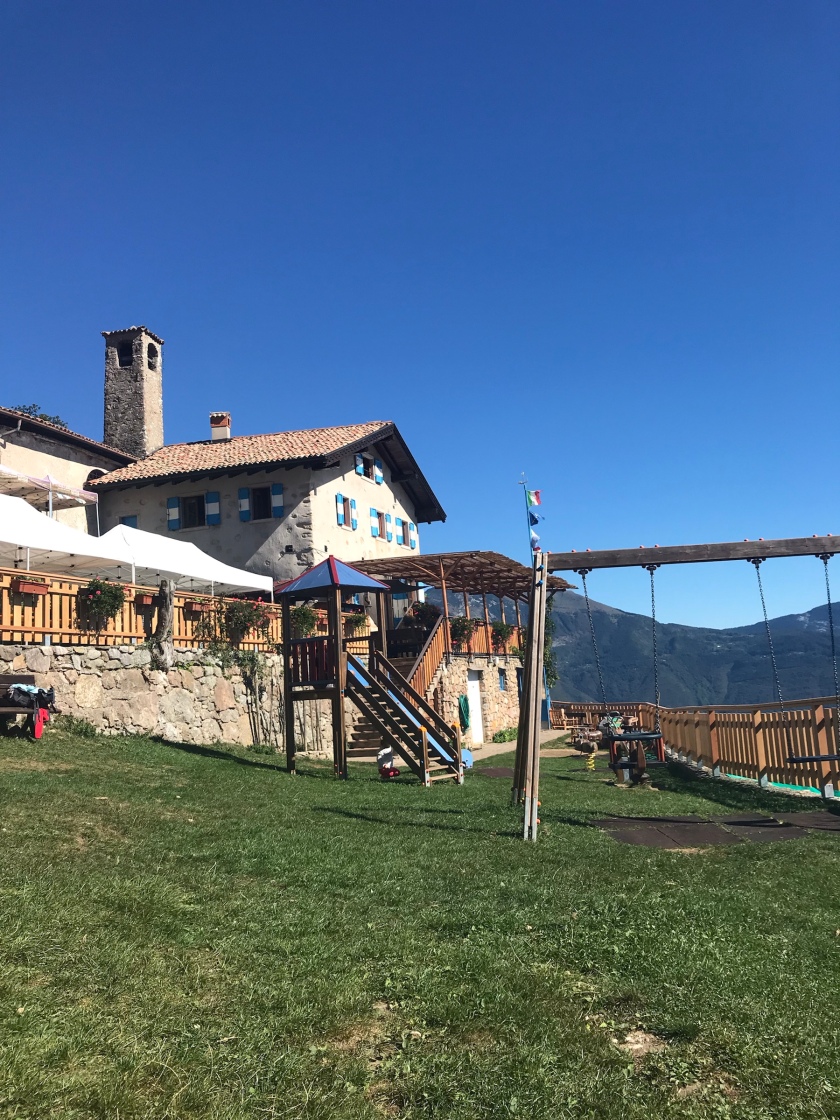 Chilling in the sun at the Refugio San Pedro surrounded by sheep, cows and goats, it was a beautiful moment to recap the many places we have been visiting during the last months of motorbiking and for making plans for the next trip! 😁

After two days and nights in Italy it was time to go to Munich to visit my good friend Ari and his family. Keen to not to pay any toll in Italy and Austria I picked a route without going on any highway which led me to take the old Brenner-route. The higher it got the colder it was. Actually freezing from time to time but the views were amazing. Beautiful curvy roads in nice towns, passing through Bolzano and the fascinating new Brenner highway always in sight, rushing through Austria and later some nice roads through the Bavarian countryside. I enjoyed this 8 hours drive to Munich a lot. Even more as finally I had been able to buy a fleece in Croatia which made me sit even more comfortable on my bike. 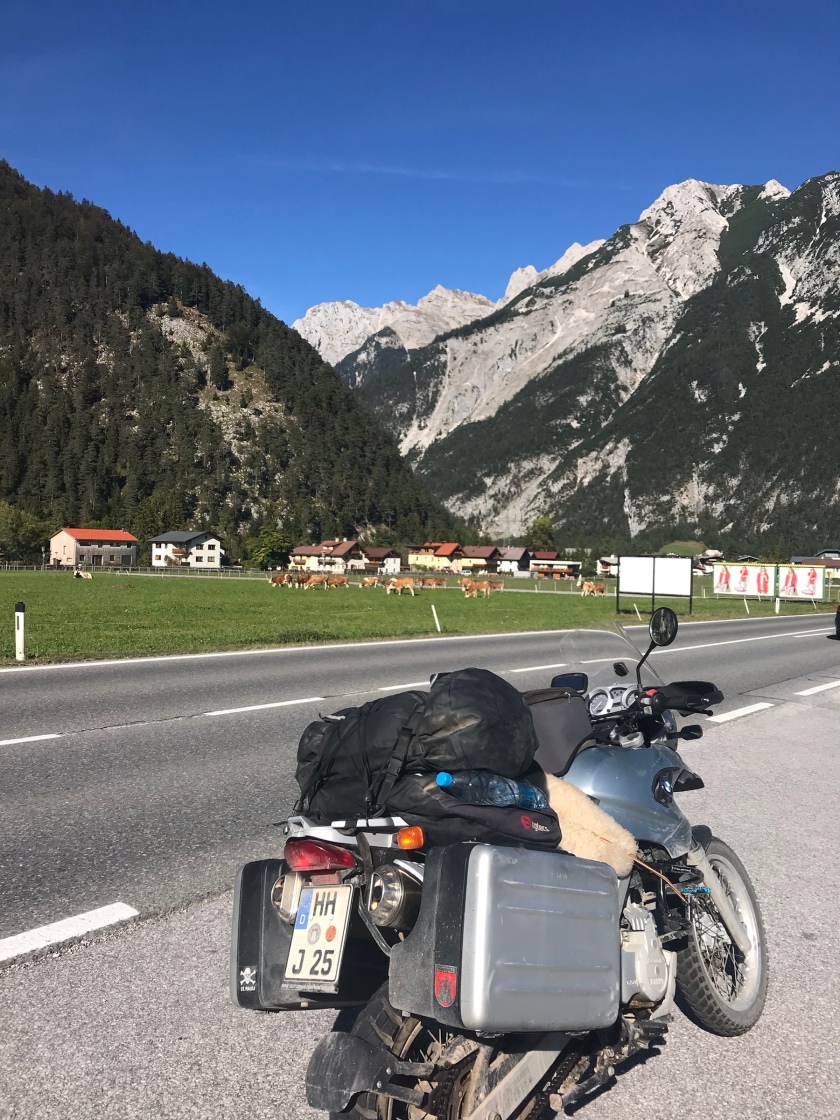 Being back in Germany and having arrived at my friends place I was happy that Ari wanted to go to some Persian restaurant. Another backflash to good times and tasty food in Iran 😁.

The next morning I went straight to the autobahn direction North. It was the longest distance I drove during the whole trip: 729km that day but as the sun was shining, the highway wasn’t that crowded I decided to keep going until Hamburg. After 135 days and a total of 21.215km driven on the motorbike without any issues I was back in Hamburg where it all began. 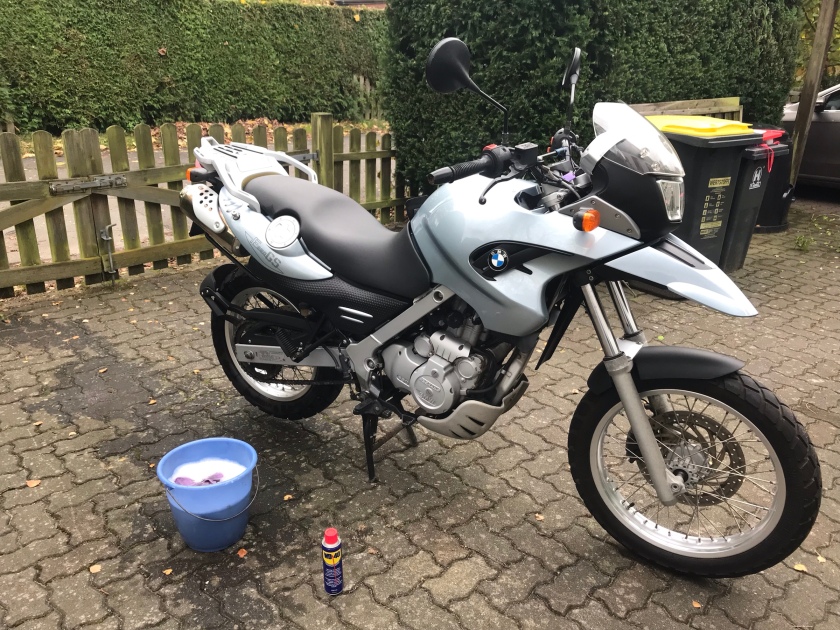